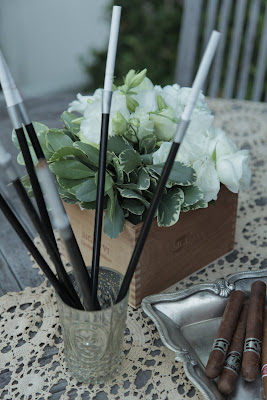 I have fantasized about doing a progressive dinner for a long time, and this one was worth the wait. Three houses. 1920s themed. The first house was all about the Speakeasy and prohibition cocktails. We progressed to a candlelit, Great Gatsby-inspired sit down dinner with Cole Porter tunes playing in the background. And ended the evening, at the third house, staged as a jazz club for dancing and plenty of more sloe gin fizzes! When guests ordered their first drink, suspender-wearing bartenders pinned them as notorious 1920s personalities--Al Capone, Zelda Fitzgerald, Gertrude Stein, etc.--and they had to figure out who they were. (Parlor games & ice breakers get a lot of flack, but I love them)! It was very fun to research the popular foods & cocktails of the 20s and create a menu inspired by the times. Apparently, the caesar salad was invented in the 20s, and was all the rage, so we did a grilled chopped one. Decadent shrimp cocktails and grilled rib-eyes rounded out the menu for our Gatsby-esque dinner...with plenty of champagne, of course. And with all of that drinking, no one cares about a proper plated dessert, so a candy bar featuring all of the candies invented in the 1920s was perfect. Amy made the night all the more festive with black & white and luxurious touches. Each lady received a long strand of pearls and a deco-feathered headband, all handcrafted by show-off Amy. And the napkins each featured memorable quotes from the 20s; e.g. "Write drunk. Edit sober," Ernest Hemingway. Plus the guests dressed to impressed, pulling out all the stops, which absolutely made the night. Now I'm dying to do a party for each decade, though I'm not sure anything will be as festive as the 1920s: the era of the party. 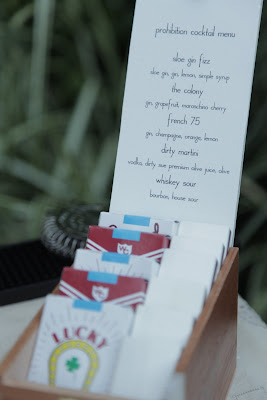 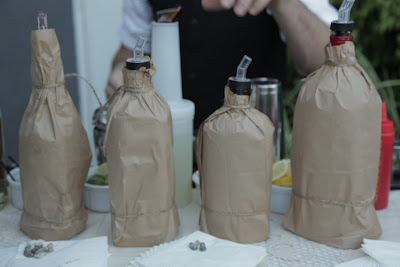 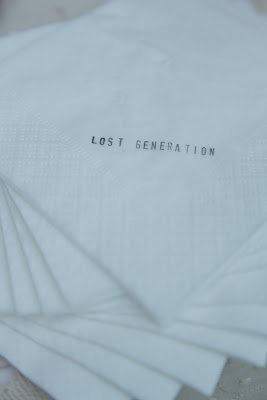 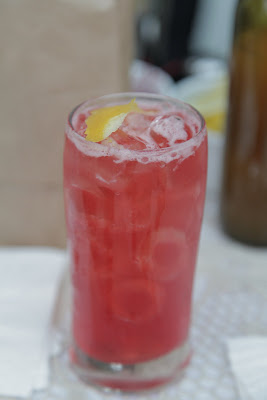 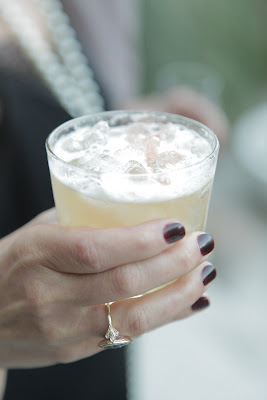 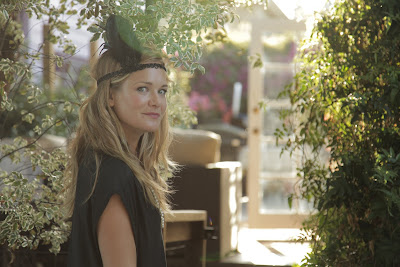 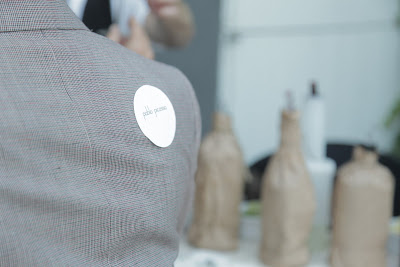 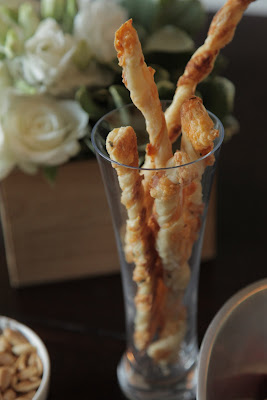 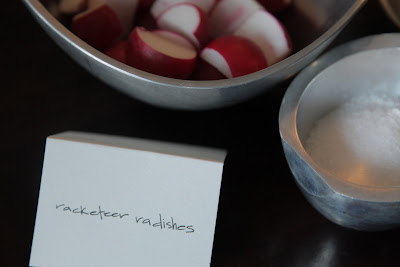 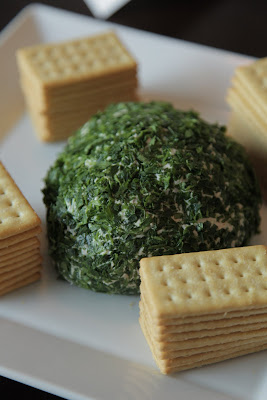 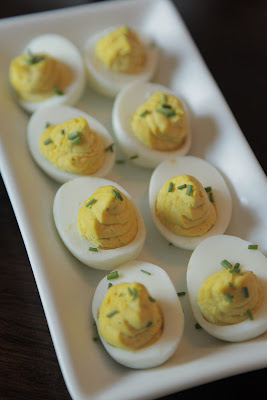 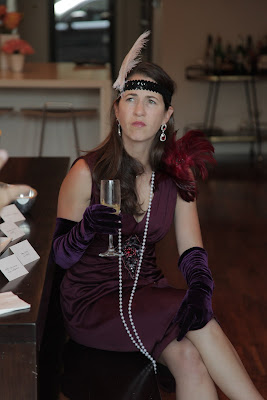 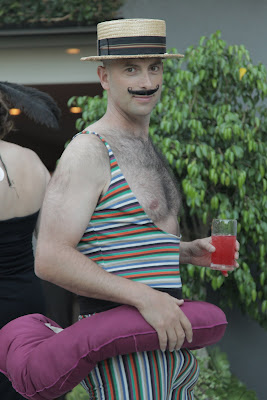 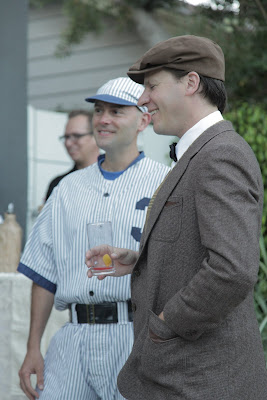 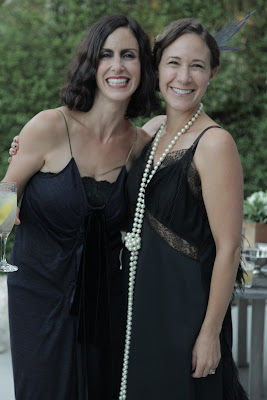 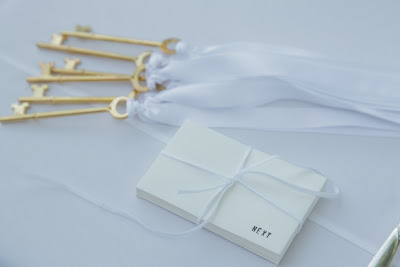 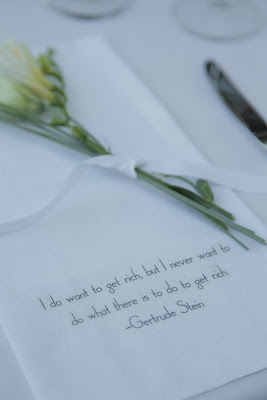 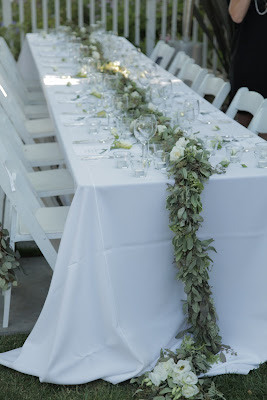 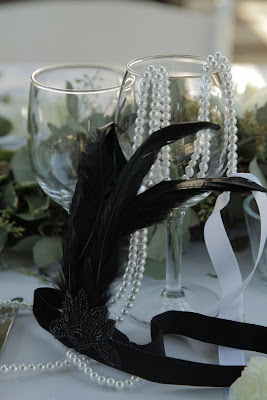 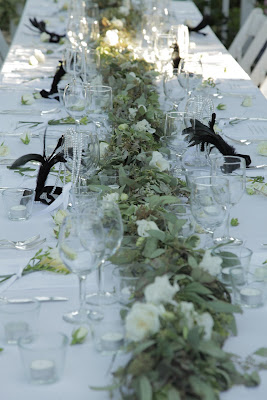 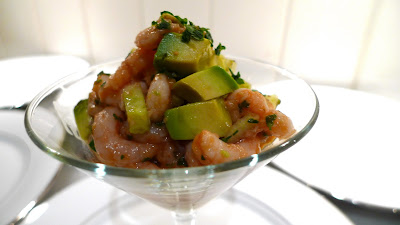 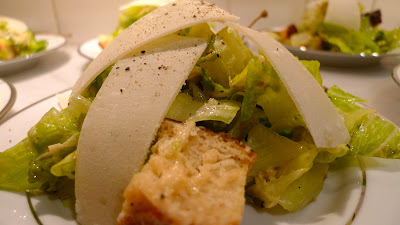 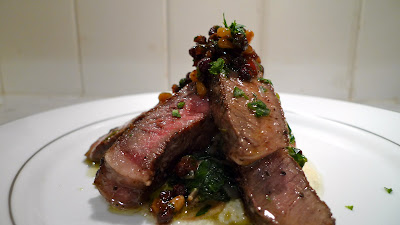 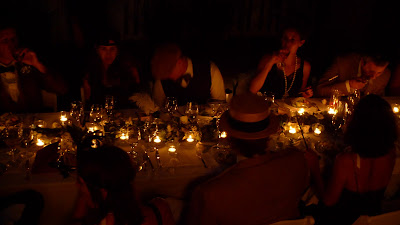 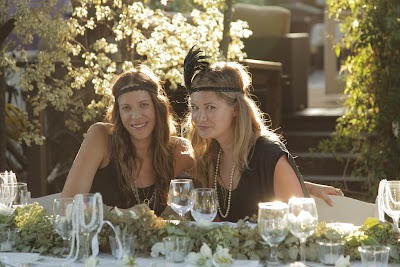 What a beautiful party! I love the costumes!! The food looks amazing, wish we could get recipes :)

Damn Daisy Buchanan! Such a daunting feat! I don't know how you did it! I can't even handle one dinner party let alone 3 at 3 different locations! I could not be more impressed!

Ps... you two are incredibly beautiful and crazy stylish.

Annie, I LOVE this.

we are similar souls. this party (as all i've seen) are simply incredible.

Love this party idea, shared it on http://www.weddingandpartynetwork.com

Very,very nice. I've purchased small keys and thought of using as a secret entry. How did you use your keys?

Very,very nice. I've purchased small keys and thought of using as a secret entry. How did you use your keys? 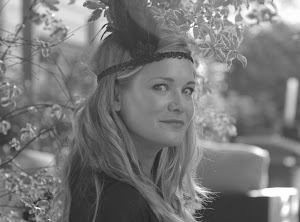 Annie Campbell
Laurel Canyon, CA
I love making parties. Nothing makes me happier than creating a theme, planning a menu, running to the flower district, farmer's markets, tying up favors and serving guests. My husband Greg is the ideal cohost and bartender. I can get very caught up in the 'fuss' of it all. But as my mom always says, 'just order a pizza. people just want to be invited.' At the end of the day, Min is right, it's about bringing people together.

For help with theme, food, catering & decor for your party, please contact me at anniecampbellcatering@gmail.com